World coinage reveals the dramatic history of the 20th century. Wars and revolutions, the collapse of European colonial empires, and the decline of Soviet-style communism led to the creation of new independent states, almost all of which issue their own coins. This new money promotes political ideologies and asserts cultural identity.

In the 20th century, Europe was the stage for two world wars and the ideological battle between Western capitalism and Soviet-sponsored communism. The coins of France and Germany reflect the impact that military struggle and social change have had on them. Russia and England have both seen areas they once dominated issue coins celebrating political autonomy.

Coinage has also been used to establish a relationship to history. Greek money looks back to its ancient past, but coins from Turkey honor the founder of its modern republic. Now, the European Community is embracing greater unity, and the euro is one test of this aspiration. Many nations use the U.S. dollar as a form of international currency.

Asian and African countries also promote their own cultures through coins. Each of these regions has independent numismatic traditions that have merged with western-style coins. African nations frequently choose to illustrate cultural objects or historical forms of money on their coins, whereas Asian nations frequently draw on their long-standing political institutions.

One development that unites almost all of the world's coinage is the use of base metals, making coins more common now than at any other time in history. 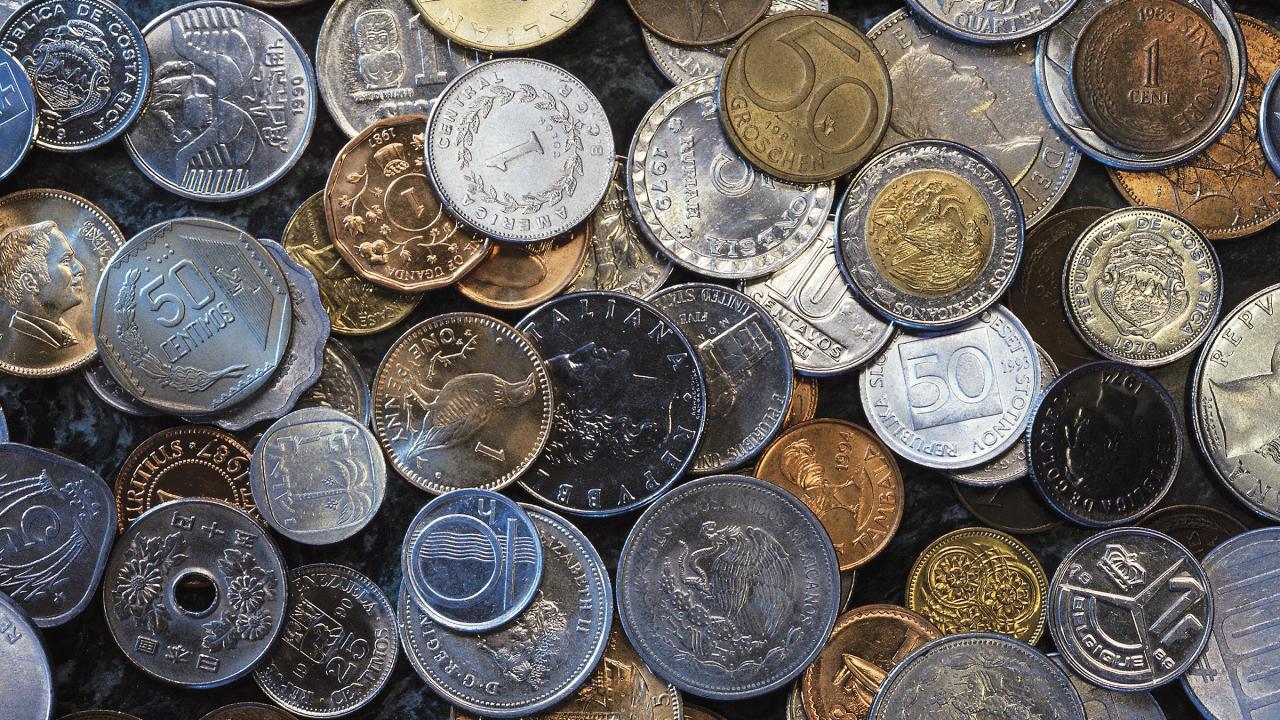 We have a vast resource of world coins, so if you are seeking a particular coin, please contact us and let us know what you are looking for in particular and we will search our inventory and promptly get back in touch with you with the results of our findings.